We often deal with issues involving children’s car seats. Not so much with infringements and the ensuing fines and demerit points, but more often as a contentious issue in an adversarial parenting matter.

It is important to comply with national child restraint laws. Primarily, for the safety of the child. Secondarily, and for people involved in parenting disputes, to reduce areas of agitation.

END_OF_DOCUMENT_TOKEN_TO_BE_REPLACED 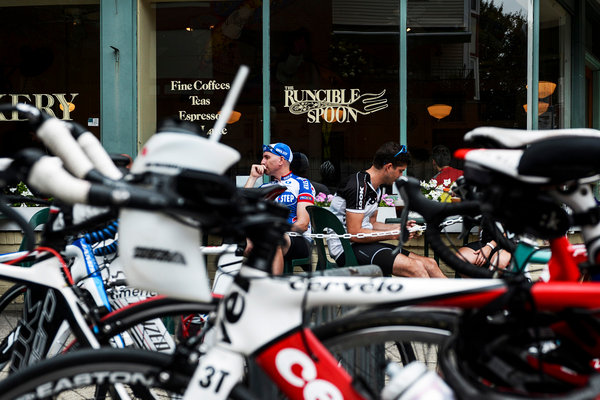 On this day in 1908, the Model T Ford was released. Later that day, the first incident of a motorist and a cyclist (a penny-farthing-ist, to be precise) getting into a tiff was reported. That may not actually be true – to be honest, we’re guessing – but it sounds likely. Ever since that fateful day, the tug-o-war between cyclists and motorists for use of the road and battles about who is responsible to ensure the safety of cyclists has raged on.

The NSW Government (whom appear to have a penchant for this sort of thing) has recently brought into effect some new rules to better police the parties.

From the first of this month, all bicycle riders aged 18 years and over must carry photo ID. If you break the law or get in an accident, this should assist the carriage of justice (and, more importantly, assist the authorities to issue the increased fines detailed below). But the fines for not carrying identification don’t kick in for 12 months. From 1 March 2017, cyclists without identification could be fined $106. By the by, if you don’t currently have an adequate form of identification, you can get a 5 year ID from the good folk at Roads & Maritime Services (for a fee of $51, of course).

Also from the beginning of this month, fines for cyclists have increased as follows:

(b)   riding dangerously, running a red light and not stopping at a pedestrian crossing have increased from $71 to $425, respectively; and

(c)   the not particularly common holding on to a moving vehicle (aka ‘the Marty McFly’) has increased from $71 to $319.

However, like many parents with squabbling kids, the State Government could not come down on one child without being seen to, at least, nudge the other.

Coinciding with the tough stance taken against cyclists is a tightening on motorists’ behaviour. Motorists travelling 60km/h or less must allow a distance of at least 1 metre when passing a cyclist and allow 1.5 metres when travelling at faster than 60km/h.

The penalties for breaching the distance requirements are as follows:

There is speculation that this may have a ripple effect on other laws. Theoretically, in an accident between a cyclist and a motorist where the distance requirements have not been met, the police may be more inclined to lay a charge of negligent driving or dangerous driving on the motorist.

All in all, cyclists within the next year need to carry photo ID. If they could fine you before, they will now fine you more (possibly up to 600% of the previous fine). Drivers, they haven’t forgotten about you. Give the cyclists more space or you could cop a fine and some points.

You may have recently seen advertisements about the increased mobile drug testing (MDT) presence out in force on NSW roads for the upcoming festive season. Below is a short outline of what is happening and how it may affect you.

How does it work?

MDT operates in concert with some random breath testing (RBT) operations. In the same way that police can test for the presence of alcohol in your blood, they also have the power to test for illegal or prescription drugs.

The MDT procedure is very similar to an RBT. During the roadside test, drivers are asked to swipe a plastic strip across their tongue. The strip will indicate if drugs are present in your saliva. If the test returns a positive result, you will be arrested and asked to provide a second oral fluid sample at the drug testing bus or police station.

What can be tested?

How long will drugs remain present for testing purposes?

Drugs can sometimes remain in a person’s system for several days after using. This depends on the quantity and quality of the drug and the individual’s metabolism and resistance.

What are the penalties?

The penalty for the offence of driving under the influence (DUI), if it is your first or only offence within the last 5 years, is as follows:

If it is your second or subsequent serious traffic offence within the last five years, the penalty is as follows:

You are more likely to be pulled over by a MDT unit now than ever before – especially considering the usually high police presence during the holidays. If you get tested this silly season and are found to have recently used cannabis, ecstasy or MDMA, you will likely be arrested. If convicted of DUI, you are looking at maximum fines of one to two grand and a stint off the road until anywhere from March to next Christmas or beyond. 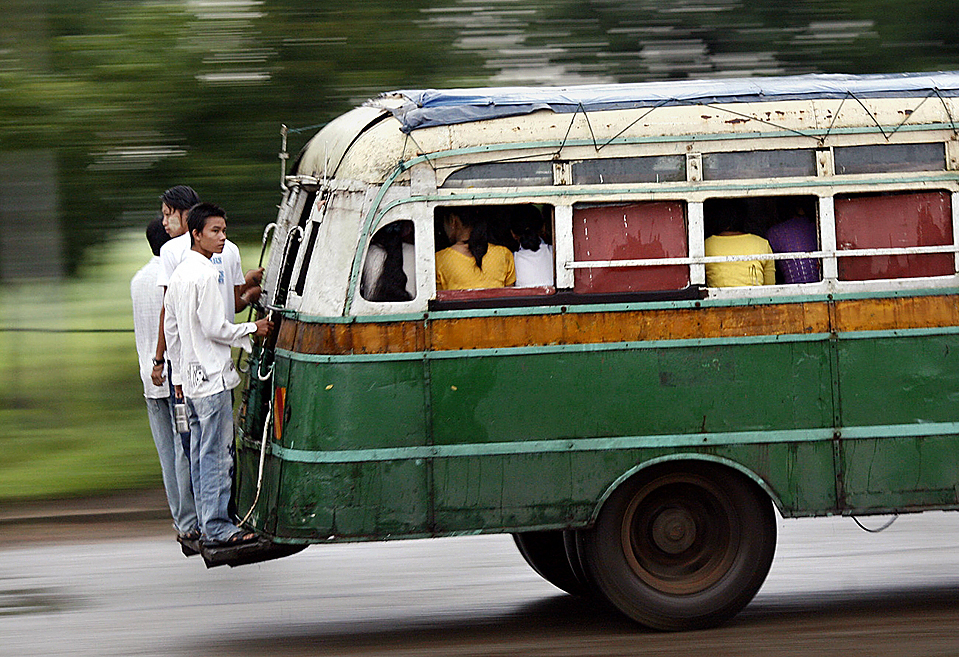 Can I appeal the suspension?

Yes, but only if:

(a)   your licence has been suspended by a police officer at the time of the offence;

(b)   your licence has been suspended for speeding more than 30 or 45km/h over the limit; or

(c)   you’re an ‘L’ or a ‘P’ plater who has lost your licence due to the accumulation of too many demerit points.

If you hold an unconditional licence and lose it due to the accumulation of demerit points, you have no right of appeal. That said, there are some proposed amendments to the law that may change this position.

How do I appeal?

You must file your appeal with the local court within 28 days of receiving the suspension notice – although you will be deemed by the court to have received the notice 4 working days after it is dated and issued unless you can prove that you received it later than that. The best option is just to file it straight away. Should you not have a solicitor, staff at the nearest Local Court registry can assist you with this process (although this is not strongly advised).

Once the appeal has been filed, you will be given a court date. The Magistrate will hear your matter and then order one of the following:

(d)   allow the appeal. You win and can drive once the court has notified the Roads & Maritime Service that the suspension has been lifted;

(e)   dismiss the appeal. You lose and the suspension stands; or

(f)   make a different order. Somewhere in between and may result in a reduced suspension.

What are my chances?

Your chances of successfully appealing the suspension depend on a range of factors. Four of the more important factors are:

(h)   the importance of your licence in your day-to-day life;

(i)   your traffic history; and

(j)   whether or not you pose a threat to the community if you get behind the wheel.

An example of a potentially strong appeal would be:

“I was speeding to get my pregnant wife to hospital. I need my licence for my role as primary breadwinner for my large and young family. I have been driving for 15 years and I don’t have anything on my record. This is the first time I have ever been involved with the law in any capacity.”

An example of a less strong appeal would be:

“I was late for work. I need my licence because I don’t want to catch the bus. I have numerous offences including speeding and negligent driving.” 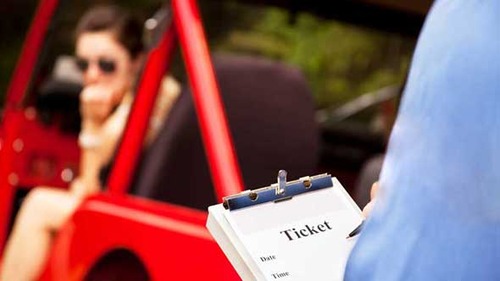 Four pieces of the NSW road transport legislation puzzle were recently consolidated into a single Act – the Road Transport Act 2013 (RT Act). This included the important amendments that were made in late-2010 to the previously in effect Road Transport (Driver Licencing) Act 1998 (RTDL Act) which ensured that demerit points would no longer be imposed where a magistrate or judge makes an order dismissing a traffic matter under section 10 of the Crimes (Sentencing Procedure) Act 1999 (CSP Act).

It was previously the case that the Roads & Traffic Authority – now known as the Roads & Maritime Services (RMS) – would impose demerit points for offences where the court did not impose a conviction. Under the former section 14 of the RTDL Act, demerit points would be recorded whenever an offender paid the applicable fine, allowed the time to make a court election to lapse or took the matter to court and was found guilty or pled guilty. There was no scope for the magistrate or judge to make any sort of order that the RMS not record demerit points.

Any person that has ever been present in the Local Court will likely recall occasions where the magistrate politely said to a self-represented defendant who had come to court with a number of mistaken beliefs words to the effect of, “I have no power over demerit points. I can’t give you a special licence to drive to and from work. I don’t have the jurisdiction.”

The amendments to the RTDL Act changed this position slightly. The relevant provision is now found in section 31(2)(a) of the RT Act. Instead of requiring the RMS to record demerit points if the person was “convicted, or found guilty” of an offence, the provision now reads “convicted” only. This is a subtle but important change because a magistrate or judge can now order that a matter be dismissed, conditionally or otherwise, pursuant to section 10 of the CSP Act and, in effect, ensure that the defendant does not have demerit points recorded against their licence. To ensure that there is no confusion on this issue, section 32(4) of the RT Act goes on to say:

“To avoid doubt, the Authority is not to record demerit points against a person under this Division in respect of an offence if the court makes an order under section 10 of the Crimes (Sentencing Procedure) Act 1999 in respect of the offence.”

It should be noted that a dismissal pursuant to section 10 is not a guaranteed outcome in any given matter. In deciding whether to make an order under section 10, the court is required to take into account matters such as:

(a)   a person’s character, antecedents, age, health and mental condition;

(b)   whether the offence is of a trivial nature;

(c)   any extenuating circumstances surrounding the commission of the offence; and

While the prospects of not accruing any demerit points may be tempting, you should always consider the potential ramifications if you are not successful. First, the range of penalties available to the court are not limited by the amount of the fine you may have already received – the court can, and is required to, consider anything up to the maximum penalty which is invariably much higher than the initial fine. Second, if a conviction is entered against you, the matter will be recorded on your criminal record. You should weigh up these matters when considering how you would like to proceed with your traffic matter.