So, what are essential services?

END_OF_DOCUMENT_TOKEN_TO_BE_REPLACED 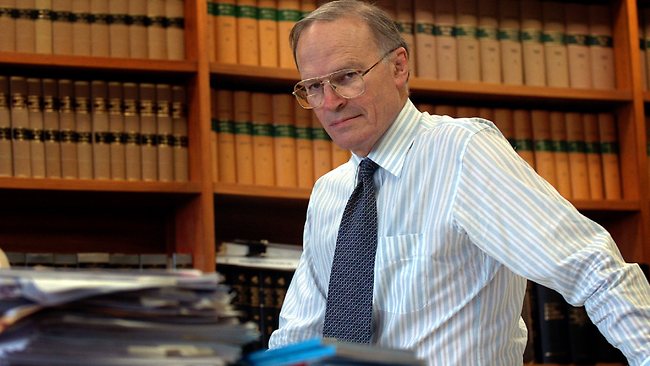 Now that the dust has settled, let’s take a quick look at the nuts and bolts of the recent Royal Commission furore surrounding the Commissioner, Dyson Heydon.

The Royal Commission into Trade Union Governance and Corruption was established by the federal government to examine various, allegedly illegal, aspects of union activity.

The Royal Commission was announced on 10 February 2014 and Heydon, a former Justice of the High Court of Australia, was selected as sole Commissioner of the inquiry.

After it was revealed that Heydon had accepted an invitation to speak at a Liberal Party fundraiser, representatives for the unions submitted that Heydon should disqualify himself as Commissioner.

The issue to be addressed is…

If a fair-minded lay observer would reasonably think that Heydon might biasedly decide the issues of the Commission, then he should disqualify himself.

It is not bias, it is apprehended bias

It is important to understand that the submission was not based on biased behaviour or decision making in the inquiry to date. No court proceedings had been brought challenging any aspect of the Commissioner’s conduct, nor had any court proceedings been issued challenging any finding in the Commissioner’s Interim Report. Senior counsel for the ACTU stated that “I, at no point in these submissions, are (sic) suggesting that you (are) actually biased.”

What needed to be proved?

Step one revolves around the fact that Heydon agreed to speak at the Liberal fundraiser. It was argued that this may show an affinity with, and partiality in favour of, the Liberal Party.

The second step is to argue that there is a logical connection between this alleged affinity with the Liberal Party and the argument that this leaning precludes the Commissioner from deciding the specific issues of the case, relating to unions and significant Labor Party figures, on their merits.

Step three is to consider how an average person would view this and whether they would accept Heydon as disinterested.

Heydon ruled that the fact that a speaker merely agrees to give a legal speech at a particular forum does not rationally establish that the person is sympathetic to, or endorses the views of, the organiser of that forum. Also, Heydon stated there was no logical connection whatsoever between that unsubstantiated allegation of predisposition and the actual issues for determination in the Commission. As such, no lay person would apprehend the Commissioner to be biased in this inquiry.

Is it fair that he makes the decision about himself?

As the application that Heydon disqualify himself failed, the unions then had the opportunity to appeal this decision (and Heydon would not decide the appeal!). Under the Administrative Decisions (Judicial Review) Act 1977 (Cth), appeals can be made to the Federal Court of Australia to review decisions (s 5) or review the conduct related to making decisions (s 6).

Since Heydon’s decision, it has been argued that a – for lack of a better term – ‘Inception’ type problem has arisen. Heydon has ruled that the situation is ‘play on’. On balance, this is an understandable decision. However, there now appears to be a greater public apprehension of bias surrounding the Commissioner – more relating to his favourable self-judgment than anything else. As such, stronger questions, at least in public circles, are being asked about the general appropriateness of Heydon continuing.

If it is important, as demonstrated in this matter, that justice must not only be achieved but be seen to be achieved, are the waters now too murky for the public to accept the findings of the Royal Commission independent of what the findings actually are?

The Commissioner is to deliver a final report to the Governor General by 31 December 2015.