If the police ask you to participate in an interview, you can decline. Client’s often ask whether they should do so. We will address some of the considerations in this article.

You have a right to remain silent and, for the most part, this cannot be held against you. However, you should be mindful of the following:

END_OF_DOCUMENT_TOKEN_TO_BE_REPLACED

Are there any circumstances in which an individual’s right to due process can be infringed upon if it is considered to be for the greater good of others within a society?

(a)   information that is withheld from an accused person or person of interest and their legal representatives; and

(b)   can still be considered by a judge or used to justify the compulsory examination of an individual.

The first well-publicised matter involved a teenage boy who police allege was part of a Sydney terror cell. Subsequent to the recent terror related raids in Sydney, the NSW Crime Commission issued the teenager with a summons. The basis for the summons was detailed in a classified document.

The lawyers argued that the boy should not be questioned without knowing why. An application to review the evidence that was used to justify the compulsory examination of the teenager was refused by Justice Fagan in the Supreme Court of NSW.

This raises some fundamental questions about the rule of law.

Should citizens – or non-citizens, for that matter – have an inalienable right to hear and, more importantly, cross examine the evidence used against them? It is a likely a right you would expect to have if you were found in this situation. But what about if the release of such evidence will put the safety of the wider community at risk? Or if it will allow a more senior or harmful individual the opportunity to evade the law? Opinion seems to be divided.

This is not a new argument. It has been raised in a range of contexts previously – organised crime, drug dealing, paedophile rings. The difference in this instance seems to be the magnitude of the risk posed by terrorism. It seems to be common amongst all commentators and academics that the rights of an individual should, in the ordinary course of things, remain unfettered unless there are exceptional circumstances to justify departing from that position. So, ultimately, the question seems to be where we, as a community and through our elected members of Parliament, are willing to draw the line? What is the threshold for ‘exceptional circumstances’? Do potential acts of terrorism cross that line? And, if so, what individual rights are we willing to sacrifice on the altar of the greater good?

The dialogue will continue. It will be interesting to see which way it goes. 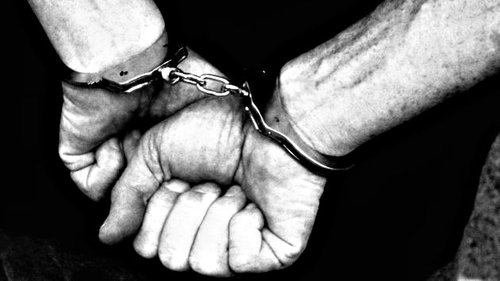 The right to remain silent when being interviewed or questioned by police has been considered by many to be a fundamental legal right. However, this is no longer the case following legislative reforms by the NSW government earlier this year. There are certain circumstances where your silence can be held against you in a criminal trial and the judge or jury can be invited to draw an unfavourable inference against you.

Previously, you could decline to give an interview or answer specific questions to police without fear of retribution. There were some exceptions to this rule, such as failing to mention an important fact when answering questions but then seeking to raise it later in your defence. This remains the position except to the extent that it has been varied by the Evidence Amendment (Evidence of Silence) Act 2013 (NSW). The Act inserted a new section 89A was inserted into the Evidence Act 1995 (NSW). The changes came into effect on 25 March 2013.

The new provision allows the decision maker in a criminal trial – whether it be magistrate, judge or jury – to draw an unfavourable inference when you fail to answer a question or mention a fact when being questioned by police if the answer or fact would reasonably be within your knowledge.

What is an unfavourable inference? Say, for example, you are being questioned by a police officer who is investigating a bank robbery that occurred on Wednesday at 2.00pm. Say, then, that the officer asked you, ‘Where were you at 2.00pm on Wednesday?’ If you decided not to answer that question, the jury would be allowed to draw the inference that is most unfavourable to you – that is, the reason you didn’t answer was because you were present at the bank robbery at 2.00pm on Wednesday.

There are some limits to the new provision. It only applies to the investigation of serious indictable offences (which are offences punishable by a maximum sentence of imprisonment for 5 years or more). It also only applies in situations where the answer or fact that you fail to provide is to be relied upon in your defence at trial.

As you can see, there are now some very real and very important consequences for people that decline to give an interview or answer specific questions to police. It can be held against them if the investigation proceeds to criminal charges and trial.

This does not mean that you should never assert your right to remain silent in the course of a police investigation. However, it is a good idea to seek some legal advice before you do so.